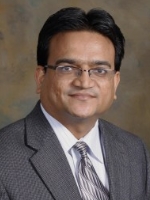 Dr. Chirag Patel served his residency in the Internal Medicine Program at Jamaica Hospital Medical Center in New York from January 1999 – December 2001 and went on to become the Chief Resident. He then became the Faculty Supervisor over the Department of Internal Medicine in January 2002 and served in that position until December 2003. He joined RHD Memorial Hospital in 2008 as the Chief of Medicine and has most recently accepted the position of Chief Medical Officer at Dallas Medical Center, formerly RHD Memorial Hospital.

He is board-certified in Internal Medicine. He graduated from NHL Municipal Medical College and speaks 3 languages: English, Hindi & Gujarati. Dr. Chirag Patel has been awarded a Healthgrades Honor Roll, who recognizes those doctors who are board-certified in their specialty, have never had their license restricted or revoked, and have no malpractice claims.